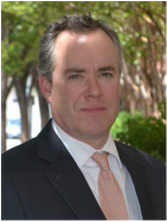 Talfourd ‘Fourd‘ H. Kemper, Jr. ’86, Chair
​Fourd moves from his past position as the Vice Chair of the Board of Trustees to Chair of the Board. Fourd is OF Counsel with Woods Rogers PLC with a focus on mergers and acquisitions, venture capital financing, securities, licensing and other intellectual property matters, and the representation of high-tech entrepreneurs. He received a bachelor’s degree in economics from Duke University and a Juris Doctorate from the University of Virginia School of Law, where he served on the Editorial Board of the Virginia Law Review. Fourd and his wife Kelly have three current students at North Cross and two Class of 2019 graduates. 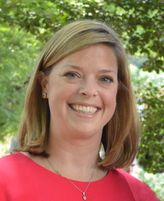 Sarah Boxley Beck ’98, Vice Chair
Sarah Boxley serves as Board Vice Chair as well as chair of the Institutional Advancement and Development committee. Sarah Boxley has a BA in Economics from Wake Forest University and worked in marketing for a mutual fund company and then in pharmaceutical sales before moving back to Roanoke. She is the recipient of the Alumni Service Award (2015) and served on the Alumni Board for many years, most recently as President in 2014-15, while also/still serving on the Board of Trustees. Sarah Boxley and her husband Carl have two children, daughter Anna Belle ’34 and son William ’29.
Gregory Terrill, Treasurer ​
​In 2000, Greg and his wife left behind New York City to lead a buyout and reorganization of Frank Chervan, Inc. a furniture frame and component manufacturing business founded by his grandfather nearly 60 years earlier. The company that bore his name had unique engineering, design and manufacturing competencies but had stagnated in its value stream position and had been brutally battered in the flight of the domestic furniture business to cheap offshore sources. After its successful rebound under his leadership, Greg then led the purchase of Hooker Furniture's Roanoke, Virginia operations in 2009 in order to start the production of finished and upholstered chairs. Today all company operations have been consolidated into the Roanoke, Virginia plant and Chervan is widely recognized as one of the most advanced, responsive and largest producers of wood chairs in the United States. Prior to his work in the furniture manufacturing business, Greg worked for Don Aux associates, a Mid Market management consulting firm worked with manufacturing firms coping with rapid growth - primarily in telecommunications, aerospace and printing.  Greg also worked internally to automate and standardize the consulting firm's business practices as it too was in a phase of rapid growth. Greg later moved into the investment banking and financial services world taking a position as an equity research analyst with Oppenheimer (later CIBC Oppenheimer and CIBC World Markets). Greg became a SEC Series 7 qualified Registered Representative and spent the next three years working in Oppenheimer's highly regarded equity research staff.  Greg has served as an appointed member of Virginia's Small Business Advisory Board and as a member of the Roanoke College Presidential Advisory Committee. Greg graduated from Roanoke College with degrees in English and Philosophy. He has two children at North Cross, Nora ’20 and Sally ’23.
Edward M. Smith Sr., Secretary

Dr. Donna Batzel, Ph.D., LMFT
​Donna is a licensed mental health professional and has provided clinical services in residential, inpatient, outpatient, and in-home settings with children and adolescents and their families. Donna has a Ph.D. from Virginia Tech in Family & Child Development/Marriage & Family Therapy. Donna has been involved for many years with local non-profits including CHIP and Children’s Trust as a board member and chair of major fundraisers. Donna is also a member of the Roanoke Women’s Foundation, active as a volunteer at NCS, and recently joined the local board of the Juvenile Diabetes Research Foundation.  Donna and her husband John, have two sons, Ben ’12 and Adam ’18.

Kevin S. Bloomfield
Kevin founded and is the managing partner of Bloomfield Partners, LLC.  The company’s diverse focus includes identifying, funding, and advising early stage, scalable technology companies. Kevin is actively involved in the greater Roanoke/Blacksburg region including Co-Chair of the Roanoke Blacksburg Innovation Network, Board & Executive Team member Roanoke Blacksburg Technology Council, Board member YMCA of the Roanoke Valley, Advisory Board Member of the Roanoke/Blacksburg Regional Business Accelerator, and Elder at Second Presbyterian Church in Roanoke. Additionally, he coaches many local technology entrepreneurs, and has participated in various Start-Up Weekends.  Kevin is a 1993 graduate of Radford University and lives in Roanoke, VA with his wife and four children, Madison '15, Campbell ’18, Grayson ’21, and Tyler ’25.

​Frank Russell Ellett ’84
​Russ has served as a member of the Board of Trustees since 2007.  Russ is the President of Virginia Truck Center in Roanoke, VA.  He received his bachelor's degree, as well as his M.B.A. from the University of Virginia. He and his wife, Heather Haddan Ellett ’88, have two daughters at North Cross School, Lucy Paige Ellett ’26 and Katherine Sinclair Ellett ’29.

Aaron L. Fetrow, J.D.*
Aaron is Vice President for Resource Development at Roanoke College in Salem, Virginia. Aaron has oversight for the Resource Development Division and directly supervises the Associate Vice President, Athletics, Public Relations, Development, Advancement Operations and Planned Giving. During his tenure at Roanoke, Aaron served in the dual role of Vice President for Resource Development and Student Affairs/Dean of Students. Prior to the dual appointment, he served as the Vice President for Student Affairs and Dean of Students at Roanoke. In that role, he served as the college’s Chief Student Affairs Officer. Aaron led a comprehensive reorganization of the Resource
Development and Student Affairs divisions during his first years leading the respective divisions. Prior to taking the position as Vice President and Dean at Roanoke, Aaron served Guilford College as Associate Dean in the fall of 2004, was promoted to Dean of Students in the spring of 2005, and Vice President for Student Affairs and Dean of Students, in 2009. While at Guilford, Aaron began teaching Criminal Procedure in the spring of 2005 and Constitutional Law in the fall of 2010. He took his first two semesters off from teaching during his transition to Roanoke in 2014-2015 and sorely missed the classroom. He began teaching at Roanoke in the fall of 2015. In addition to his academic involvement, Aaron served as a member of Guilford’s reaccreditation team for the SACS 10-year review and on the 5-year review team. Aaron’s professional development opportunities include participation in the Harvard MLE program (2007), the Aspiring to the Presidency program at Edgewood College (2011) and the Executive Leadership program offered by AASCU, CIC, and AALI (2015-2016). Aaron was the four-time recipient of Guilford College’s Dick Dyer Award for Outstanding Service to Students. He is an honorary inductee of Omicron Delta Kappa and was chosen by students, faculty and staff as the 2015 Commencement Speaker at Guilford. Prior to his tenure at Guilford, he was an employment law attorney with the Indiana-based law firm Baker & Daniels. He earned his J.D. from the University of Tennessee College of Law in 2003, a master’s degree in history from Truman State University in 1997 and a bachelor’s degree history from Manchester College (Ind.) in 1994. When Aaron left his legal practice to return to Higher Education, he did so intending that his family would be involved in the daily life of a small, Liberal Arts college. Roanoke and Guilford allowed for that sense of belonging for Aaron, Jodi, and their sons, Jadon and Zach.
Janet Dunn Frantz
Linda D. Frith*
Linda has engaged in the active practice of law for 35 years. She recently retired at her firm but still maintains her active bar license. She presently consults with various clients primarily on employment issues. She has represented employers in state and federal courts across Virginia and in front of the Virginia Workers’ Compensation Commission, Virginia Employment Commission and the Equal Employment Opportunity Commission. She has also lectured on many occasions on FMLA, Title VII, EEOC and Virginia Workers’ Compensation topics. At the National Level, she has been listed in Best Lawyers in America for Employment Law. She is also a current member of the Virginia Bar Association and the Virginia Law Foundation and is selected annually as one of one of Virginia’s Super Lawyers Specializing in Civil Litigation in Virginia Super Lawyers magazine. She has also been named one of Virginia's "Legal Elite" specializing in litigation and business law by Virginia Business magazine and as one of Virginia's Best Women Lawyers in Virginia Living magazine. Locally, she was listed in The Best Lawyers' 2015 Roanoke Employment Law - Management "Lawyer of the Year,"  and she is a past member of the Board of the Grandin Theatre Foundation, the Law Council at the Washington and Lee School of Law, the Board of Directors of the Roanoke Symphony Society, and the Board of Directors of the United Way of Roanoke Vally. She is a current member of the Roanoke Women's Foundation and the current vice-chair of the Economic Development Authority of the City of Roanoke. Linda received her B.B.A. from the College of William and Mary and her J.D. from the Washington and Lee University School of Law. She is also the parent of two NCS alums, Bo '06 and Davis '09.

Quinn Graeff ’88
Quinn is the General Counsel at Medical Facilities of America, Inc. She earned her J.D. from T.C. Williams School of Law, University of Richmond, and her B.A. from University of Virginia, Charlottesville, Virginia. She is a member of many professional organizations including the Virginia Bar Association, Roanoke Bar Association, American Health Lawyers Association; and the American Health Care Association. She is on the Board of Directors for the Roanoke Valley Youth Soccer and on the Community Advisory Board for Roanoke College. Quinn is a graduate of North Cross School and is married to Scott Graeff as well as the mother of two daughters, Mary Kate ’16 and Ansleigh ’18.